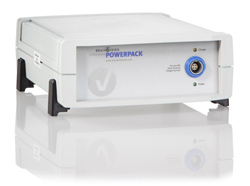 The PowerPack is an MR usable rechargeable battery designed for use with the following amplifiers:

PowerPack at a glance:

To keep your PowerPack a long-lasting purchase, keep charging it directly after use! Don’t worry about memory effects. The PowerPack cannot be overcharged!