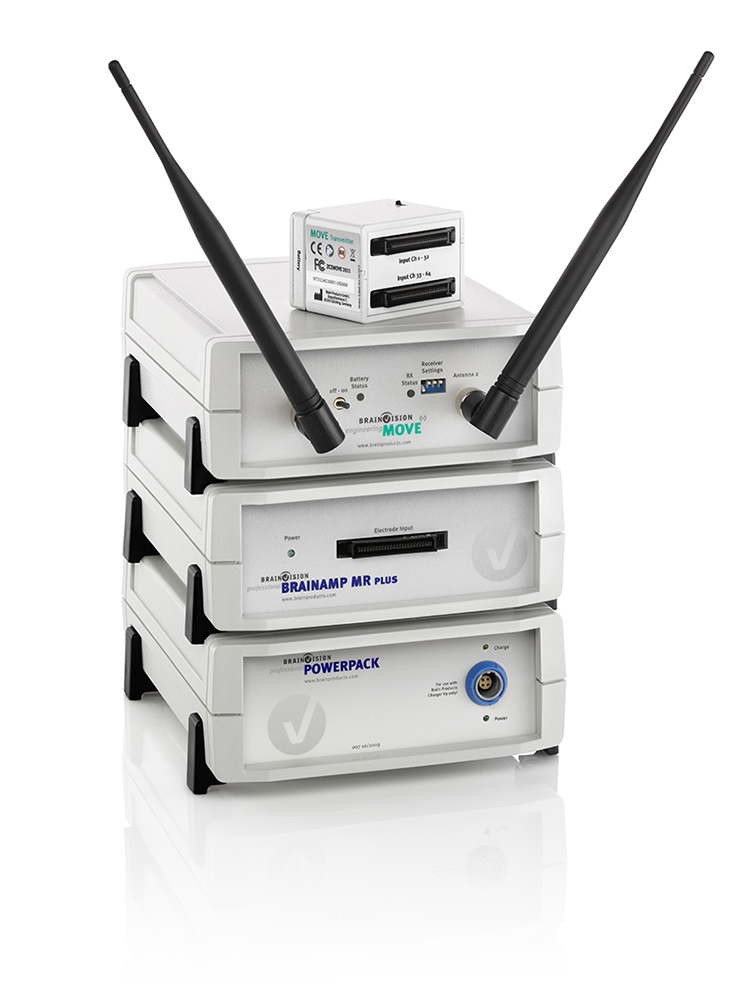 Going Wireless has never been so easy

The wireless MOVE is a solution that replaces the existing cables connecting electrodes and amplifier with wireless-based communication. This solution allows the subject to move freely and makes it very suitable for use with a Brain Computer Interface (BCI), neurofeedback and motor learning.

MOVE at a glance

How does it work?
The MOVE transmitter amplifies and digitizes the incoming raw analogue signal and sends it to the MOVE receiver, where the digital data is converted back to analogue. Since the amplification factor is 1:1, the existing EEG amplifier receives exactly the same data as previously. If the data is not received properly, the receiver unit will send a TTL pulse marker to the amplifier. A further marker is sent when stable and reliable data reception resumes. This feature is extremely useful during the data analysis stage; in the unlikely event of the wireless connection being interrupted during the recording, a user can still determine exactly when the problem occurred.

Schedule a call with our Consultants

Please select your area to schedule an introductory call with one of our Scientific Consultants.