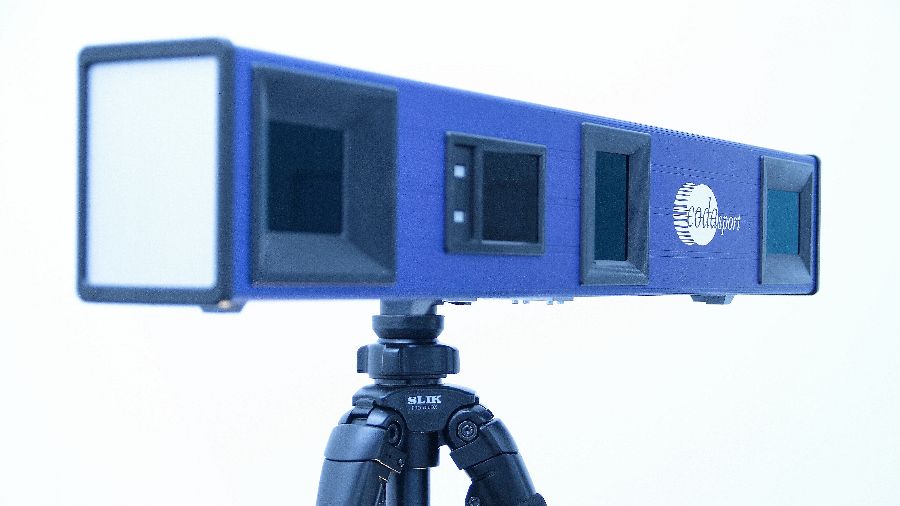 The CXS sensor unit (CODA unit) is capable of operating in bright sunlight up to 90,000 Lux.

Like its indoor sister product, the CXS combines three motion sensing arrays into one unit. This allows a standalone CXS unit to make a complete 3D measurement without reference to any other units. It also means that the unit can be pre-calibrated and sealed. All the user does is to point the unit at the action.

A CXS unit is usable indoors or outdoors.

A CXS unit is just 800mm long and weighs just 5kg! A user can move a CXS unit to a new location, set up and start recording data in minutes, with no on-site calibration required.

The unique Codamotion sensing technology allows the CXS to achieve resolutions as high as 1 in 20,000 within its field of view (equivalent to less than a half pixel in a 50 Megapixel camera).  A CXS uniquely identifies each marker with 100% reliability, so 3D marker trajectories are available for immediate analysis and display on a host computer with achievable latency (delays) of less than 0.5 milliseconds, perfect for real time applications.

The captured field expands at 1.6 x the distance from the CODA unit.  Nominal range is between 2.0m and 4.5m distance from the unit (the nominal capture volume is approximately 75 cubic meters), though it is possible to go out to 8m and beyond with high power markers under good conditions.

Schedule a call with our Consultants

Please select your area to schedule an introductory call with one of our Scientific Consultants.